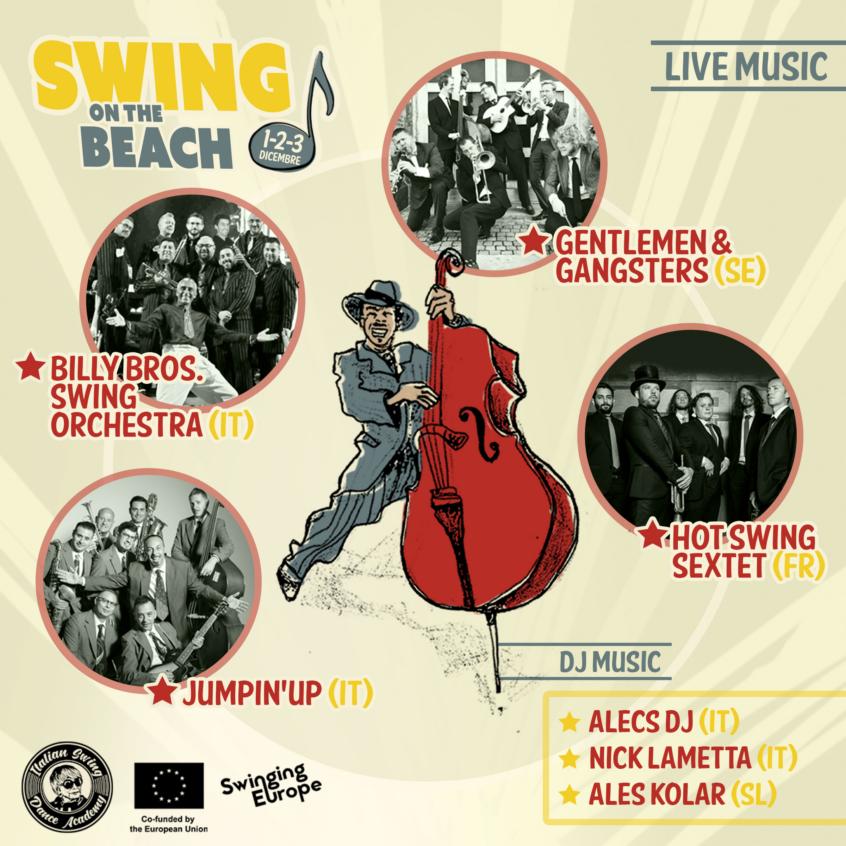 Tenth anniversary of the Italian “Swing Craze” Festival!
Ten years of activity that we will celebrate for a whole and fantastic week with three itinerant evenings in the City of Pescara and four concerts on the beach in the city center.
This historic milestone was achieved thanks to the work of the Italian Swing Dance Society, the partnership of the City of Pescara and the co-financing of the EACEA (European Union Creative Europe Program). The program boasts a first-rate cast (musicians, teachers and DJs) from the USA, UK, Sweden, Lithuania, Greece, Germany, Denmark and Italy.
As always, free admission for concerts and after festivals, not for workshops.

As per tradition, the Festival is dedicated to "Swing History and Culture" and for this edition, exclusively from the United States, Chazz Young, son of the great Frankie Manning, and artistic heir of the unique and inimitable "Queen of Swing" Miss Norma Miller. Mr. Chazz Young will be joined by the fantastic and eclectic Chester Whitmore (the Lord of Swing), choreographer, musician, dancer and permanent presence at Swing on the Beach. The musical program is completed by tributes to the international swing stars of Abruzzo origin, from the unpublished relationship between Gabriele D'Annunzio and Jazz, from the tour of the Liberty Villas of Pescara, from the visit to the D'Annunzio Museum, from the presentation of books and from much more.

Swing on the Beach is a 100-year journey, from the late 1920s, in which Swing music began to germinate, up to the present years, passing through the different facets of syncopated music and the different dance styles such as Tap, Charleston, Savoy Lindy Hop, Balboa, Shag, Jive, Boogie, in short: from Lindy Hop to Hip-Hop thanks to the Hep hep!

As usual, great chances for young formations with the 5th contest for emerging groups "Saranno Swingosi ", and the best of them, voted by a selected jury, will rightfully enter the 2021 edition.

Don't forget the "Taka-Tiki" party from midday on August 15th !! After party from 00:00 to 03:00. In case of bad weather the events will be held at the Swing Craze Club in via Verrotti, 61 in Montesilvano (Pe).

The tenth anniversary of the Swing on the Beach Festival would have been another great achievement for Her Majesty the "Queen of Swing", Miss Norma Miller, unfortunately it will not be so but She will certainly be present in the hearts of all those who have known Her and who will remember Her with pleasure during the 7 evenings of the Festival, thanks to dance, music and talk-shows. 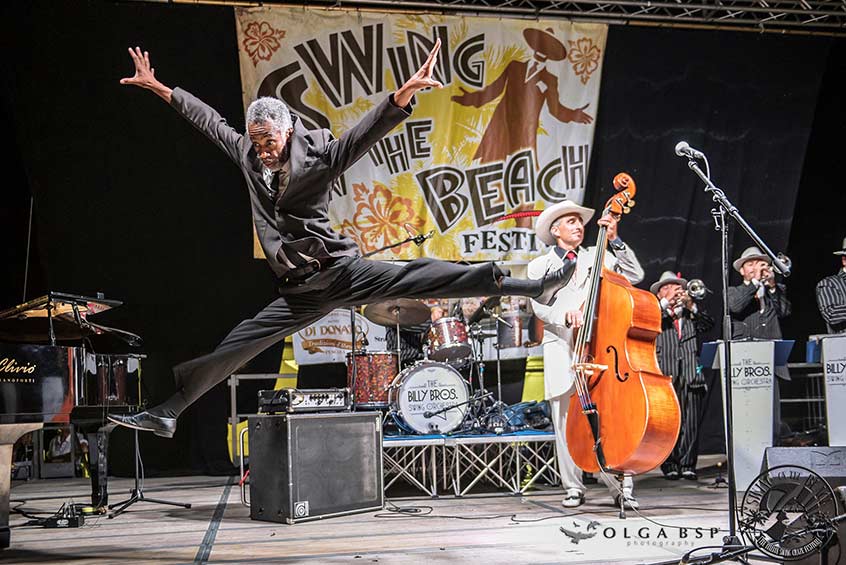 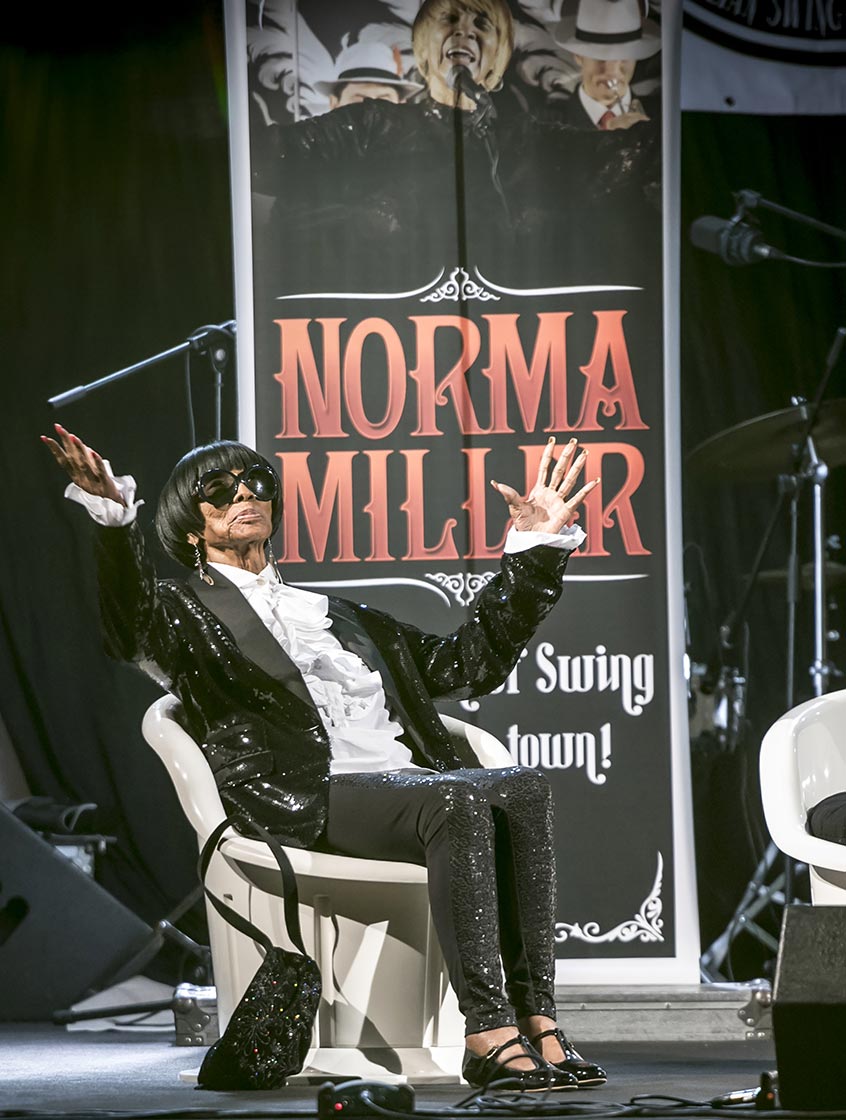 Association founded in 2010 with the aim of spreading music, dance, culture, customs and style of the 30s and 40s. It has its registered office in Pescara and in recent years has managed to create a vast movement around Swing both national and international.

The Italian Swing Dance Society boasts an organization and a structure virtually unique in Italy, as it organizes 2 Festivals ("Swing on the Beach" and "LOT - Lindy Old Timers", dedicated to original Swing dancers), manages 2 musical bands (the Billy Bros. Swing Orchestra and the Hoofers Club), has 2 DJs (Lady Swing and Big Daddy), a MC (Big Daddy), has a dance school, organizes weekly dance evenings and has a club dedicated to Swing (Swing Craze Club).

Thanks to the Italian Swing Dance Society, many musical groups, DJs and dance teachers have come to Italy for the first time, including Norma Miller, Chester Whitmore, Simon Selmon, Per Mogesen, Ian Hartley and the couple Joseph Sewell & Charlotte Middlemiss.